The Golden Circle – A unique day tour from our guesthouse 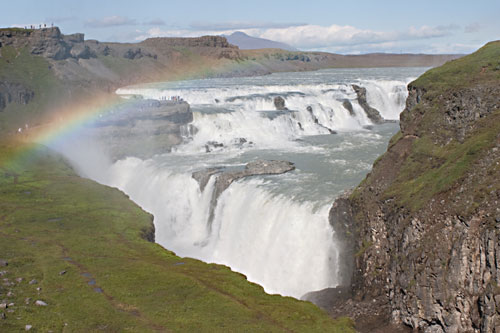 The Golden Circle is one of Iceland‘s most popular day tours. You can observe the beauty of Iceland´s nature and learn about the country´s history, dating back to the settlement era. You begin the day by driving from Lambastadir Guesthouse to the waterfalll Urridafoss. Urriðafoss is a waterfall located in the river Þjórsá in southwest Iceland and is the watermost waterfall in Iceland. In the early days of power companies plans were to build a power plant in Urriðafoss and make a railway to Reykjavík from the waterfall. It did not happen but now Landsvirkjun is planning to build hydropower stations on the lower part of Þjórsár river, at Urriðafoss and Núpur. The proposed Urriðafoss Power Plant is expected to have a capacity of approximately 125 MW and a power-generating capacity of 930 GWh per year. The powerhouse will be underground and a tunnel leading from the powerhouse will open out into Þjórsá river below Urriðafoss waterfall. The waterfall is expected to disappear. Next destination is Skalholt 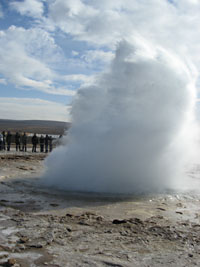 where the first bishop, Isleifur Gissurarson, was ordained in 1056. Skalholt was the bishopric of South Iceland and a cultural and educational centre for 700 years. From Skalholt you can visit a small waterfall called Faxi and there after you should drive to one of the world´s most active geothermal fields, the Geothermal field at Haukadalur, where plenty of boiling springs and hot mud pots are to be found. The Great Geyser is what this geological phenomenon is named by. Strokkur, another famous geyser nearby, erupts every few minutes, shooting a tower of water and steam 30 meters into the air. Following, you should visit the Golden Falls, one of the most impressive cascades in Europe. There you can view the history of Sigridur Tomasdottir from Brattholt. It is suspected that Sigridur managed to prevent the harnessing of the waterfall, which had been 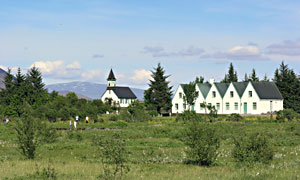 planned for electricity generating purposes. From the Golden Falls you should drive to Thingvellir, where you will review the nation´s history. At Thingvellir, Althingi – the national parliament – was founded around 930, and continued to convene there until 1798. Many major historical events in the Icelandic history have taken place at Thingvellir. Today, Thingvellir is a national park, which is meant to remain in public ownership and be protected by Althingi forever. The National park Thingvellir is on the World Heritage List which is an international agreement adopted by the General Conference of UNESCO in 1972. The World Heritage List was founded on the premise that certain places on Earth are of outstanding universal value and as such should form part of the common heritage of humankind. From Thingvellir you can drive west of the Lake Thingvellir and pass the Geothermal Power Plant Nesjavellir. Then you can drive to the eruption crater Kerid and at last you return to Lambastadir Guesthouse if you are going to stay there for another night. – See photo gallery here>>>> 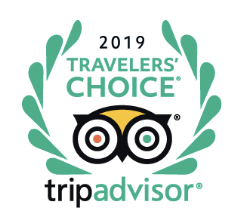